Our Facility
Our Staff

The Progressive Performance Training (PPT) Centre is located in the heart of Toronto, near Leslie and York Mills.  It is a 500 square foot functional strength and conditioning room housed inside our 11,000 square foot Elite Camps Training Centre (ETC).

David is committed to continuous education and currently holds the following certifications and designations:

David has always been a fitness enthusiast. It was his work in the gym and the weight room that helped him achieve his goal of becoming a university basketball player.

After his athletic and academic career, he worked corporate jobs and found that his mid-20s to 30s were accompanied with lower back/hip pain and immobility, caused by his earlier years of training that was very unbalanced (focusing largely on anterior core, legs, and chest and neglecting posterior core, legs, back) and risky (often doing exercises with a high risk, low reward versus high reward, low risk!). After years of numerous visits to doctors and rehab specialists with little results and frustrating diagnosis like “it’s just inevitable wear and tear from aging” David never gave up.

He believed there was indeed a better way and a better level of performance that can be achieved. He found a health care professional and a trainer that were well versed in proper functional strength and core training and he worked with them for years to build his body back up to be pain-free and functional. From that point David promised to never let him self get back to that low point of pain and immobility. He began studying and certifying with world leaders in functional strength and core training so that he could work on building a better body that could perform better.

Aside from feeling better, being able to function at work and play with his kids without restrictions or pain, his biggest athletic accomplishment was being able to compete at the age of 37 again for a Masters basketball team that represented Canada in the Maccabi Games in Brazil in 2011.

His other accomplishment was his Project Dunk until 40 where he proved that with training the body can perform even at an “older” age. He’s now working on project dunk until 50! That said, through all this journey David’s primary focus has shifted to performance – being able to move better in daily activities whether it’s moving things around his house, picking up his little kids, playing with his kids, and continuing to be active on the basketball court and in the weight room. He loves working out every day, and does functional workouts at least 4 times a week.

While the journey started with a goal of improving himself, David feels he has learned so much from world leaders in the area of functional strength and core training that he feels he has to bring this knowledge to the public – to help others train smarter, move better, feel better, and preform better. That’s what PPT was created to do!

Come and work with us!

If you want to get in touch with us please don't hesitate to email us at info@progressiveperformance.ca

We would love to hear from you! 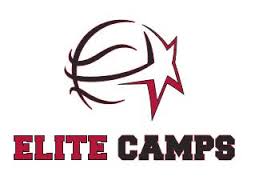