I’ll admit it.  I’ve been involved in basketball as a player, a coach, a camp director, a parent, and strength coach for over 30 years, yet I too have been a victim of a number of widespread basketball speed myths. I’ve been taught incorrect, unnatural, sub-optimal techniques by my coaches, who learned from their coaches.  I played with sub-optimal defensive technique, and I have passed it onto the next generation of athletes.  But, this has to change.  There’s too much knowledge and examples out there as to how to move properly on the court at the highest level.

Fortunately, in my experience as a strength coach I get to do a ton of learning.  I make it my point to find the experts in various areas of strength and conditioning and to learn their methods – I read all their free resources, buy their books, take their certifications, and travel to learn from them directly.  Speed and basketball-specific speed has been a recent focus, and I’m going to share with you below the 6 most common myths or incorrectly taught techniques and the simple corrective tips for how to do them properly.  Yes, speed is an athletic quality that takes time to build through improved physical qualities BUT there are definitely some simple technique changes that can be made to make every athlete more explosive very quickly.

There are 6 key defensive speed myths that I still see being taught today by many youth basketball coaches. Players using these techniques will appear far less athletic and reactive than players who either have been taught the right technique or just intuitively use the right technique.  The myths are:

I’ll describe  all below and give tips for more optimal technique.

For years and to this day, the closeout is taught as being a series of short choppy steps followed by a two-handed closeout.  The truth is these short choppy steps are slow, and less reactive than what the best defensive players are using today.  The two handed position also forces the body into a more upright posture that is suboptimal for subsequent movements like shuffling to contain a player attacking the closeout.  How the best players closeout is with a sprint, and rapid acceleration with inside-outside plant footwork, also known as an off-set plant.  They closeout with 1 hand up which allows for a more athletic stance ready to react to the offense’s next move.  Here’s some real world examples of how some of the best closeout:

When shuffling, for years we have been taught to drop step and pivot to change direction.  While that still may be applicable for some situations, it will be too slow when guarding a quick/shifty guard.  To stay with them you’ll have to use an explosive hip turn – a dissociation of the upper and lower body where the hips flip but the chest still faces the opponent. From there you’ll be able to quickly transition into the next movement whether it’s sprint, lateral shuffle or lateral run.

You’ll still hear coaches tell athletes to start their moves by moving their feet forwards only – never backwards. But we now know that when the athlete is starting from a square stance it’s natural and more athletic for them to take a “plyo” or reactive step.  It’s not an actual movement of the body backwards.  Just a natural repositioning of one foot behind the body to achieve a better angle for pushing off.  If you watch great athletes accelerate out of a square stance you will notice then instinctively do this plyo step.  If you try and instruction them to NOT take it you’ll see they slow down considerably and seem incredibly un-athletic.

When you are in a good athletic stance and can contain your opponent with a lateral shuffle then definitely do that, and without crossing your feet.  But, as soon as your lead shoulder gets compromised you’ll need something faster to get back into the play.  That something is the lateral run!  It involves keeping your torso square to your opponent while your lower body is in a more linear running stance.  This involves pushing with the back leg, opening the front leg into a linear run orientation, and pushing with that front leg while  the back leg steps through to recover.  It’s not really a crossover but a lateral run, but either way, it appears that the feet are crossing over for a stride or two and its a necessary technique to increase the spead of you gait while still staying oriented to your opponent.

Many warmups have athletes move in the multiple ways they will move in a game – forward, back, lateral, etc.  This is great!  But, usually that back-pedal is a tall back-pedal.  This is nothing like the back-pedal that an athlete needs to use in sports such as basketball.  Remember, the point of back-pedalling is usually to be able to get to a place where the athlete can then make a play – sprint forward and close-out, guard the ball ,etc.  Starting in a high position will make it incredibly difficult for the defender to quickly change direction in response to their opponent.  Instead basketball players should be using a low, athletic stance, with “nose over toes”.  They should have a low, quick foot action  that pushes the ground away, with choppy hands that are coordinate with their feet.

There’s a popular saying in basketball that “lowest man wins” and this has a lot of truth to it – players that play upright on offense or defense have poor angles for acceleration and will have a difficult time getting by their oponent on offense or stopping them on D.  But there’s a limit to this.  Often in classic defensive drill sergeant drills where coaches teach basid defensive stance and footwork they challenge the athletes to get into a lower and lower position.  But there comes up a point – typically where their hips are almost parallel with their thighs that this is actually an inefficient position.  At such a low stance, while the athlete is low, their shin angles are 100% vertical such that with each push-off the majority of force is being lost going straight into the ground – rather than pushing the ground out and away.  A slight bent stance – still loaded at ankle, knees, and hips, but with hip higher than knees will allow for knees to be inside the feet and will create the proper angles for acceleration! 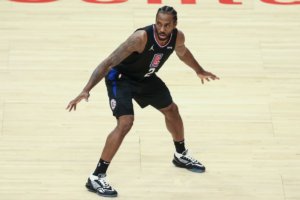 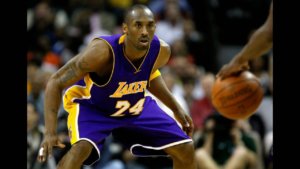 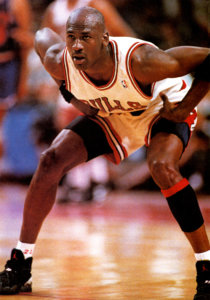 There’s one more myth that could also be on the list and that’s the myth about “pulling” with your lead foot in a lateral shuffle.  I didn’t include it here as this myth seems to have been largely debunked and most coaches teach this properly – with a rear foot push!

If you want to learn more about speed development for athletes, and in particular for basketball players I would suggest studying everything from Lee Taft, “the Speed Guy”.  https://leetaft.com/   In particular I’ve reviewed the volumes of free resources he makes available on the internet, social media, podcasts, and more.  I’ve also purchased a few of his paid resources.  But most valuable were two certifications I took from him: